On March 28 the Best IT Companies 2013 Awards Ceremony took place. This year, the Dev.by portal introduced Belarusian IT Awards, which is expected to become a traditional event in the industry. The representatives of the leading IT companies gathered to get well-deserved awards for their contribution to the field of information technology.

On Friday the House of Moscow in Minsk hosted a truly remarkable event for the Belarusian IT industry – Best IT Companies and Best IT Awards ceremony.

The representatives of the leading IT companies gathered to get well-deserved awards for their contribution to the field of information technology.

The Best IT Company ceremony has been held for the third time already and it is worth mentioning that the winners were determined not by the experts, but by the employees of the companies, which proves the transparency of the survey.

The jury of the Belarusian IT Awards 2013 faced the challenge choosing the best candidates for the 22 nominations, as the competition was really tough.

We would like to thank dev.by for their always immediate help during the Best IT Companies survey and for the wonderful IT Awards party!

Read more about the IT Awards Ceremony on 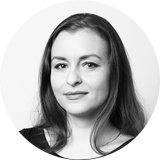